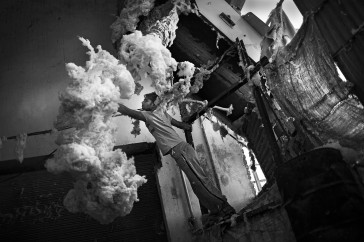 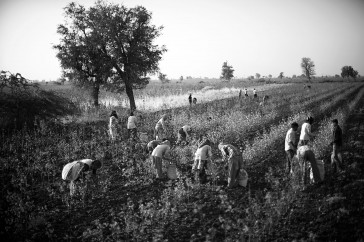 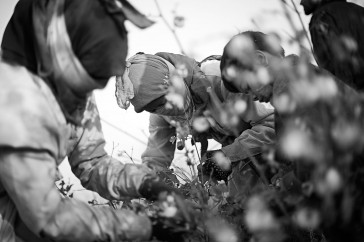 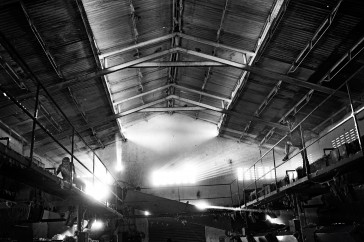 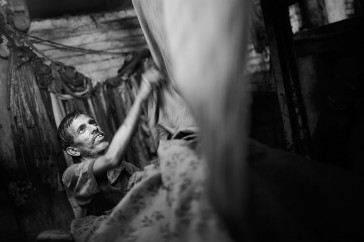 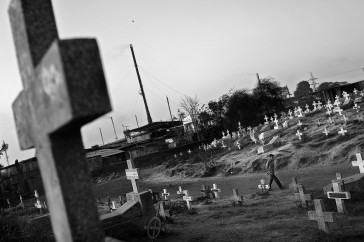 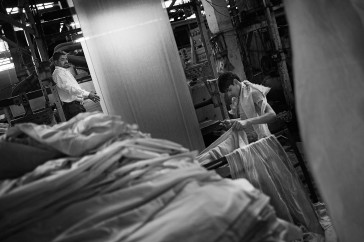 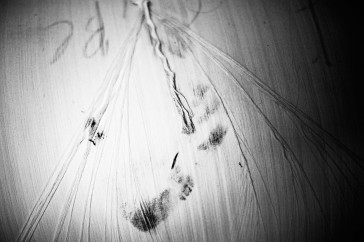 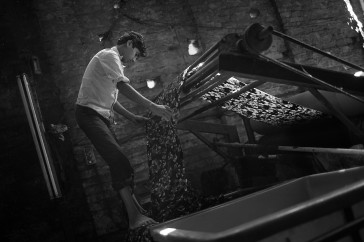 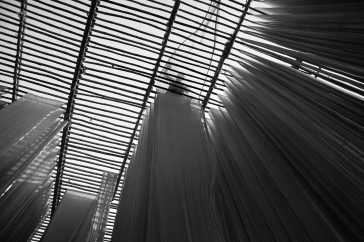 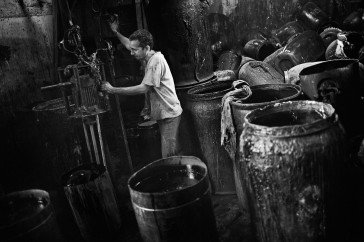 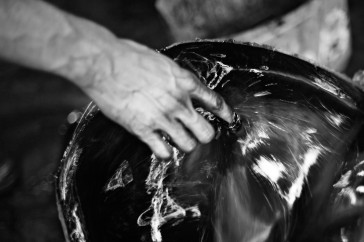 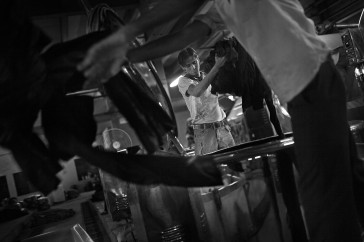 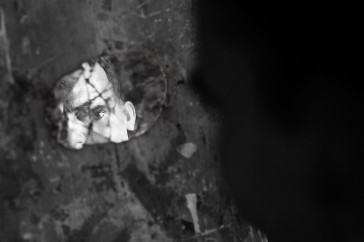 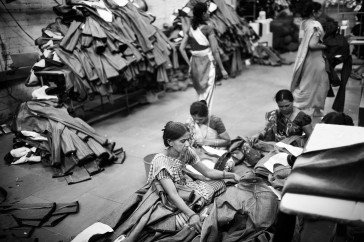 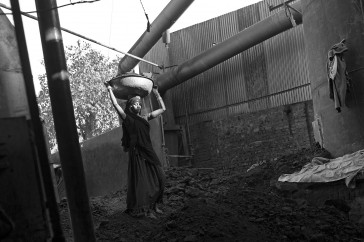 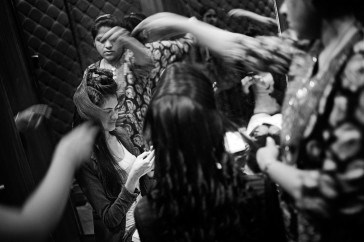 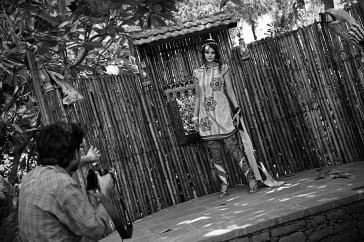 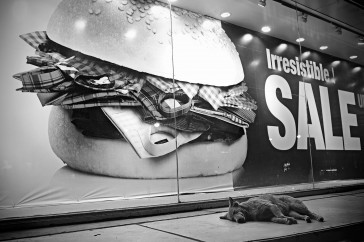 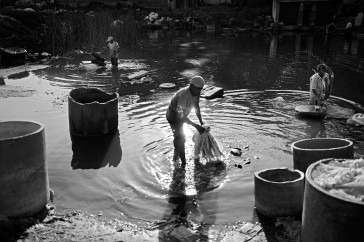 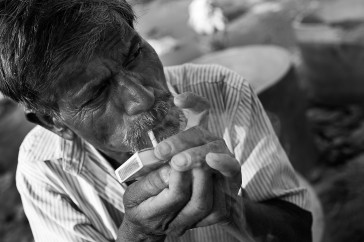 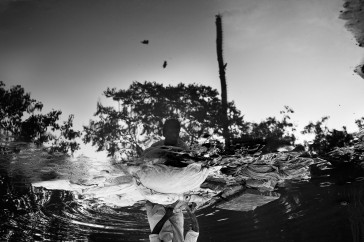 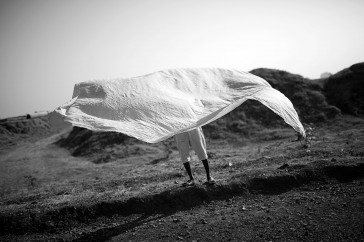 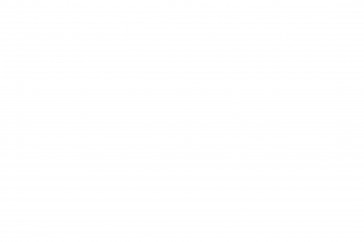 Clothes make the man. But men and women who make the clothes for other people are often left behind. While India’s growing middle class is following trends, the greedy tiger is chewing its working class for the well being of the economic prosperity. For a long time Ahmedabad was known as the Manchester of the orient and still today the steam engines are running at the textile factories in the city at the Sabarmati River. The factories spit out fabrics which will be offered later on the world markets. Mahatma Gandhi once founded his ashram here. He sat at his spinning wheel and spread his ideas of a nation of equality, tolerance and non-violence. But today Indian reality looks very different.

Stories can be told about child slaves at cotton plantations in rural Gujarat, as well as stories about people who wash dirty clothes for the wealthy. Those stories are far away from fair-trade or glamorous Bollywood. A lot of workers work double shifts to enhance their salaries. Poverty makes them work under unacceptable conditions. A lot of them hardly see the sunlight. Long-term health damage caused by negligent handling of chemicals and colours or the dust that impairs from the work with cotton limit the lifespan of a lot of workers. Their lifespan lies below the Indian average already.

There is no active strike culture in India like there is in the adjacent evercompeting Bangladesh. The workers seem to be too disorganised and the fear of losing their existence through the employer is too big. Everybody is replaceable and the individual counts almost nothing within this inestimable mass of over 1.2 billion people.Legislations for the safety of workers and for the environment are being enacted. Unfortunately it is very difficult to maintain regular controls in the chaos of Indian metropoles and also in rural areas, which are defined as economically backward. Additionally the Indian textile industry with its growing structures is obscure and therefore the global players can wash their hands off that matter because the production sites are outsourced.

But India is changing. The Indians say that India is developing. Slowly but surely. As long as corruption, bribery and greediness steer this development only little of the economic prosperity will get where it is needed most. However it his unclear whom to blame and also we have to take the blame with our ‚tight is right’ mentality.