It’s been a while since I’m back from Austria where I got introduced into the art of book making by notorious book publisher Lois Lammerhuber and prepared the release of my first book “SESSIONS”. 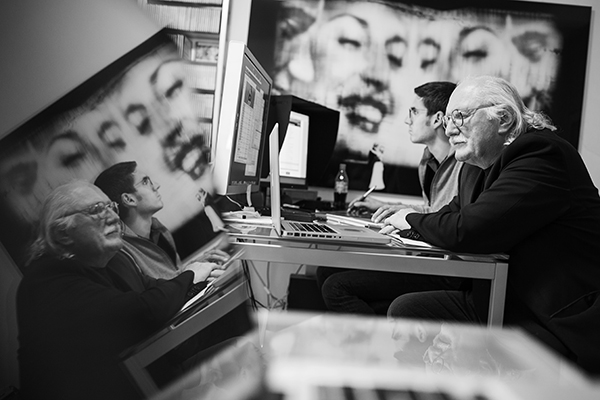 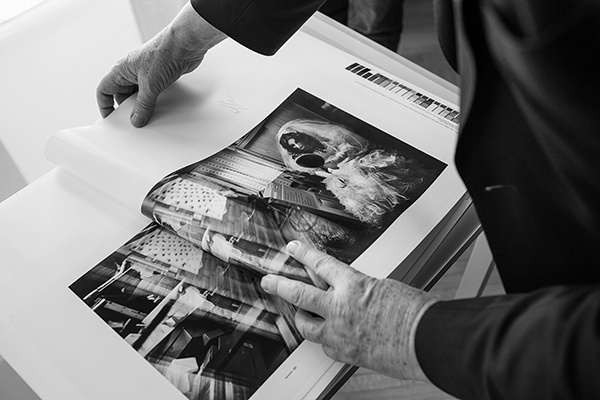 I had the honor to enjoy generous Austrian hospitality, to learn a lot about Genghis Khan and Russian contemporary Photography – that according to Lois looks as smooth as coconut ice-cream tastes like – and besides that to design a photo book with dedicated people on my project about Fetishism in Germany that once was known as “The Candy Crush Project”.

We were fighting like cats and dogs over the selection and sequencing of the images and Lois was temporarily looking forward for an appointment with his dentist as the only painless time of that week. In the end of the day, we designed a beautiful photo book that will soon find it’s way into the stores. SESSIONS will be released in autumn 2015 in a limited and signed edition of 1000 with open spine binding and an accompanying text by Nora Gantenbrink. Preorders can be made on amazonor the website of Edition Lammerhuber via this link.

I am really grateful for the enthusiasm of Lois Lammerhuber and his passionate team that dares to be courageous enough to release such a book. Please feel free to have a glance at Edition Lammerhuber´s websitefor other existingand upcoming publications. 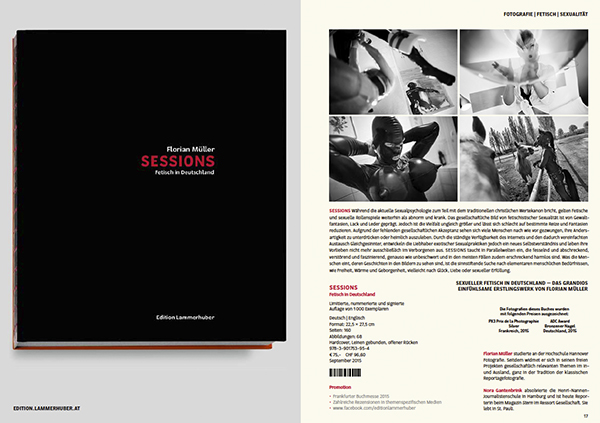 In his book SESSIONS photographer Florian Müller takes us on a journey across Germany and advances to the core, to primeval desires and needs of the human existence. The general image of fetishist sexuality is dominated by violent fantasies, latex and leather, but the real diversity is much greater. Müller’s pictures are only black and white at first glance. If you look closely, you notice shades of grey and other nuances. He worked on the so-called Candy Crush Project for several years, an unusual photographic work on fetishism in Germany. He encountered people often thought of as ‘perverse’. But no one in this volume wanted to be denounced as ‘sick’ or be socially stigmatized. For them their individual fetish allowed them a more fulfilled life, some claimed to have found ‘themselves’ in this way. Sometimes it took weeks before they trusted him and let him in on their so-called sessions, their sexual games. Florian Müller did not abuse their trust. He took the people in front of his camera seriously, did not serve any clichés. His pictures are not revolting, but close, almost tender. When a dominatrix embraces her guest. When an early retiree finds fulfillment in a vacuum bed. When a man who likes to take on the role of a horse turns totally calm. Müller says: “Most sessions are shockingly harmless. What the people whose stories are shown in my pictures have in common is a meaningful quest for elementary human needs, such as freedom, warmth and comfort, maybe even happiness.”